All sorts of experiences within a short distance range. 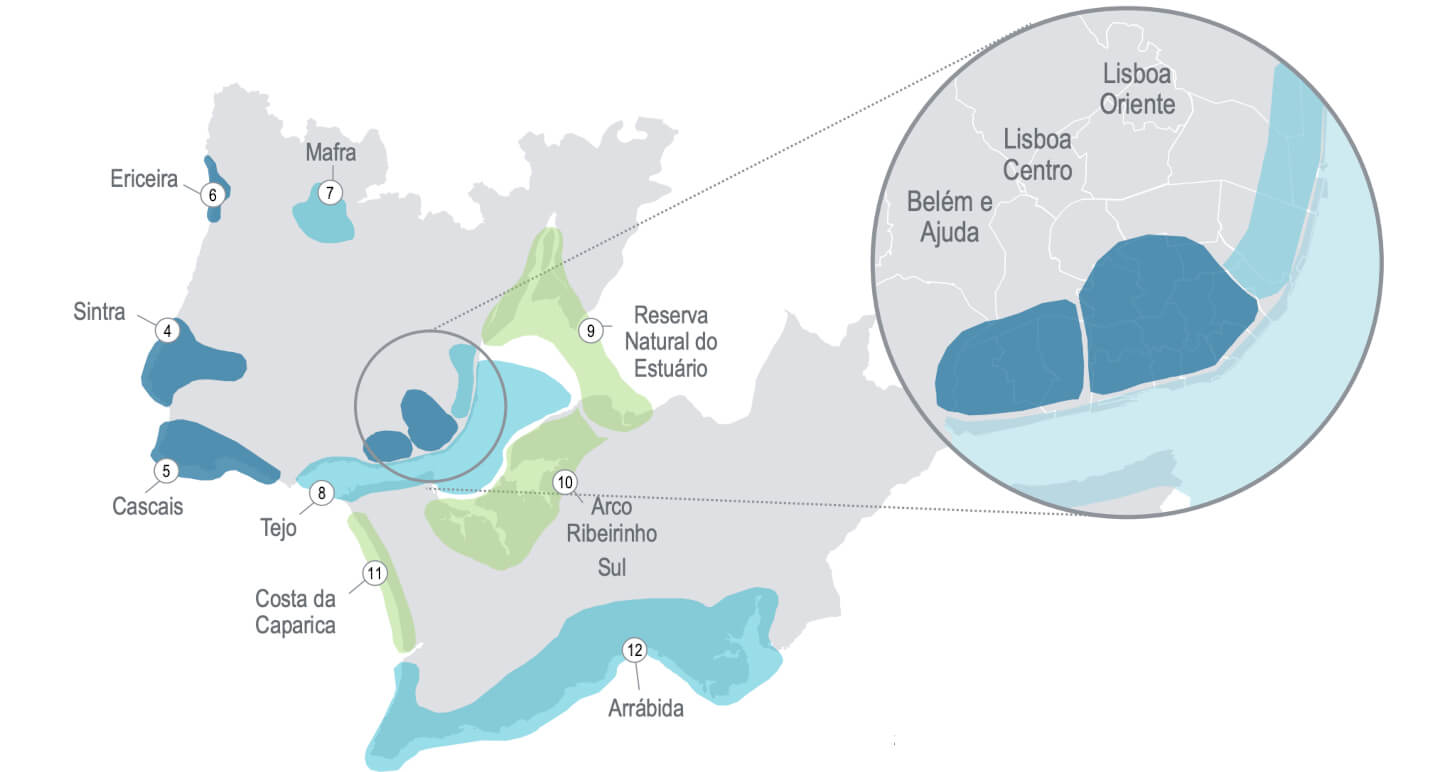 Come and discover Sintra, the capital of romanticism 25 km from Lisbon where the remains of human occupation during the Neolithic era and Bronze Age coexist with palaces, mansions and farms which proliferated during the 19th and 20th centuries. The lush vegetation, misty micro-climate and calmness one feels amid the tracks, paths and woods brought kings, poets, merchants, artists and travellers in search of tranquillity and inspiration.

Described by Ptolemy as the “Mountain of the Moon”, Sintra is a place of fascination for anyone interested in the spiritual side of life. The greatest proof of its universal appeal is the abundance of old monasteries and chapels dedicated to contemplation, as well as the countless legends linked to pagan rituals. But Sintra is also the perfect destination for anyone who likes to play golf or is interested in health tourism. With recent and modern facilities, contemporary Sintra lives healthily and calmly with historic Sintra.

But there are traces of every age almost everywhere: the palaces and castles recount the more illustrious side of history, while the farms, markets and wineries reveal the bounty nature provides here. The beaches are ideal for those who prefer milder temperatures; the restaurants serve fish that is as fresh as the water in the sea itself; and the impressive lighthouse and Cape Roca setting is always a breathtaking view no matter how many times you visit. There are many ways to describe Sintra and its surrounding areas, but few are as picturesque as the popular saying which says that Sintra is the place where winter spends the summer. Come and discover why. You can always count on the Portuguese to find new ways to leave their little rectangle beside the sea. Come and discover the history of Portuguese aviation. Discover the life and work of two generations of talented sculptors at the Anjos Teixeira Museum. You’ll find the studio and school bequeathed by Master Pedro Anjos Teixeira. Explore the most beautiful Atlantic beaches in the region, where you’re as likely to spend the day in beach shorts in the sun as a fleece in the café.

Belas is a Championship Golf Course. The layout is extraordinary, with several fairways and greens set in deep valleys, and it affords unforgettable panoramic scenery to golfers and visitors. A “must-visit” in Sintra’s historical centre. This is a place to visit and reminisce about! The point where the land ends and the sea begins. Immortalised in the famous words of Portugal’s greatest poet, Luís Vaz de Camões, Cape Roca impresses all who visit. Discover one of the calmest and most contemplative convents in the Sintra hills and Lisbon region. The Convent dos Capuchos awaits you. Discover the house museum of a unique master in the Lisbon region and take the chance to explore the Sintra area which is always worth a visit. Inhale and set off to conquer the climb up to the Castelo dos Mouros. At the top of the Sintra hills stands one of the most iconic places in Portugal’s history. Central Palace Hotel - CHARM AND TRADITION | One venue, one event, one investment! Legends, Myths and Mysteries of Sintra Modern Buddhist Kadampa Temple, with a shop, café, gardens and accommodations. Open for visits, meditations, Buddhist teachings and retreats. Everyone is welcome. Sintra Touristic Train - Enjoy a sightseeing tour that shows the most emblematic places of Sintra, the Sintra National Palace, the Quinta da Regaleira, the Castle of the Moors and the Pena Palace. This romantic pavilion in Pena Park was inspired by Swiss mountains houses. However, most of the materials used, including the cork and the masonry, are from Portugal. Located in the old kitchen of the Palace of Queluz, the restaurant remains unchanged at its essence …worthy of kings! Go2Cintra is a tourist animation company whose main objective is to help you get to know the beautiful natural and cultural landscape that Sintra has to offer, in an ecological way. An hotel bonded to health with a view of the Pena Palace.